As we are able to continue to reduce COVID restrictions, we are very excited about some events that you can look forward to. We hope to see many of you on Sunday 22nd for our TBS Owls Picnic. This is a social occasion for families to spend some time together and enjoy a relaxing day. In addition to this, parents/carers will be able to access Café Yeti from 8am to 8:20am each morning. This is a great opportunity to meet new parents and catch up with old friends. As safety measures are reduced, the weekly testing continues to play an important role as it means that any cases can be quickly identified and isolated. Thank you for your continued support in testing your children each week.

I am sure that you all agree that our Shakespeare Festival was superb. The students and staff worked together to stage some excellent performances. It was such a pleasure to see our students so energised, performing with confidence to our audiences. You can find the photographs in this link and we will let you know when all the videos are available.

Have a safe and happy weekend,

Thank you to those parents who have confirmed that your child/children will be leaving this term. Early notice is a must and compulsory requirement as per the school’s policy as it does allow us to plan ahead for the new term and we can refund your deposits on time. Please let Ms Bajracharya in the admissions office know should you require any school documents/references to provide in the new school. The last day of providing the formal notice either by email or in writing regarding the withdrawal of your child/children would be Wednesday, 1st June 2022.  Parents shall receive a clearance form to complete the withdrawal procedure nearer the end of Term 4.

Late notification and failure to submit the form or returning the resources may fully or partially affect the deposit.

Over the course of our IPC learning journeys the Primary pupils have been learning and developing a variety of skills in Science, History, Design Technology, Art, Geography and ICT that will prepare them for their next steps in education.

It is with these skills that we have challenged the Primary learners to help find solutions to tackle the United Nations’ Sustainable development Goals. 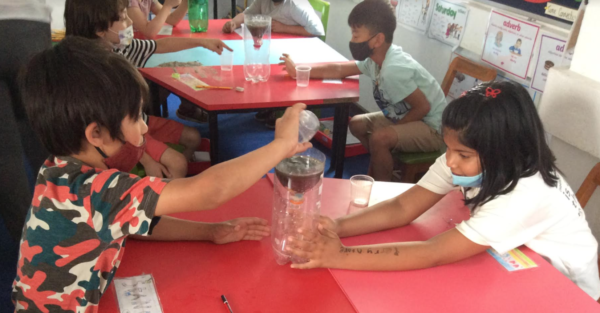 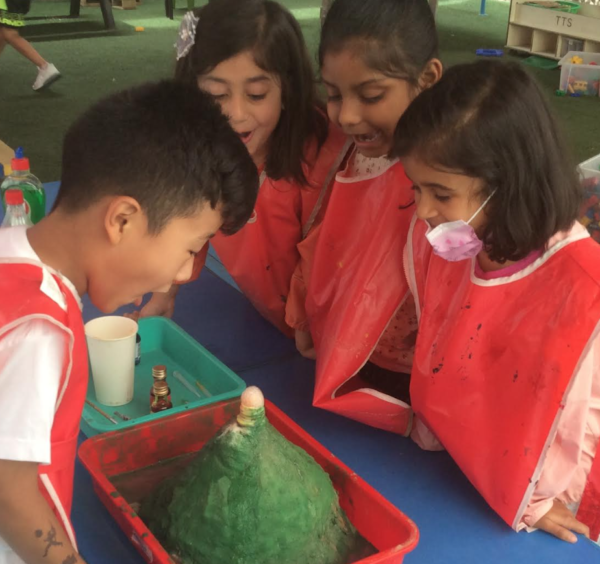 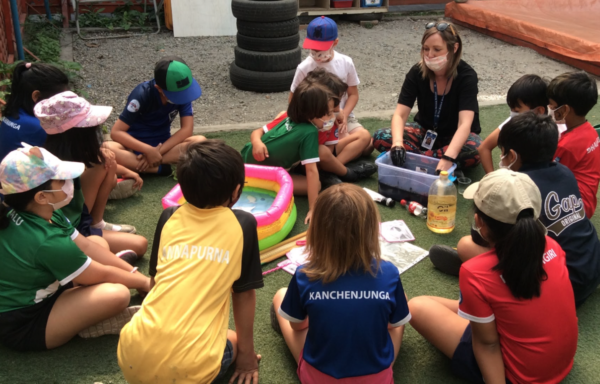 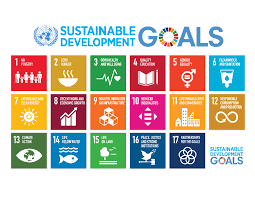 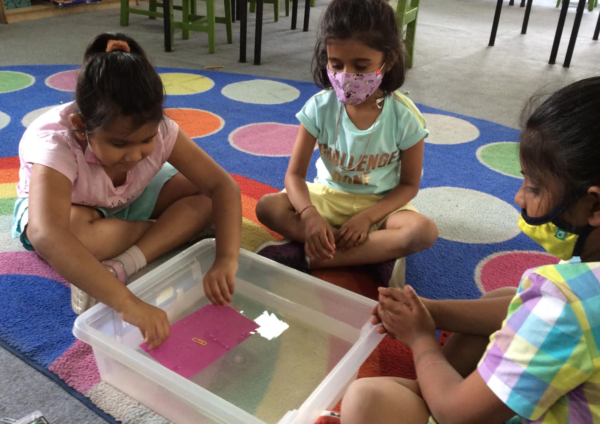 Further to our lessons, it has also been wonderful to have the opportunity to invite espert members of our community to talk about these issues. A huge thanks to all those that have been able to share their knowledge and expertise from ICIMOD, Amnesty International and UNICEF.

It has been fabulous to observe our creative thinkers finding solutions to help make our world a better place. 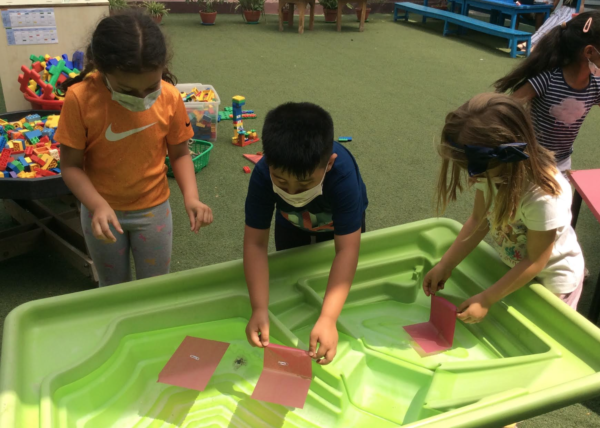 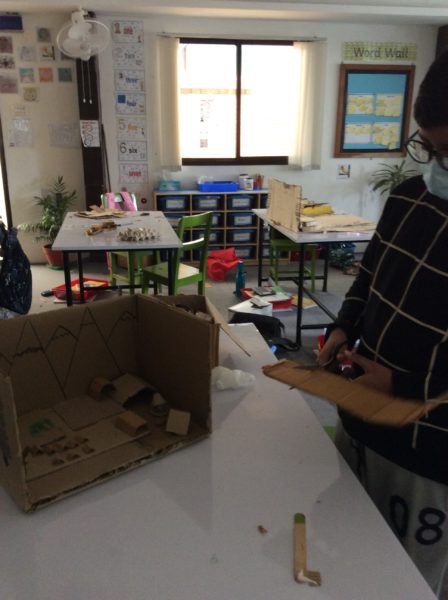 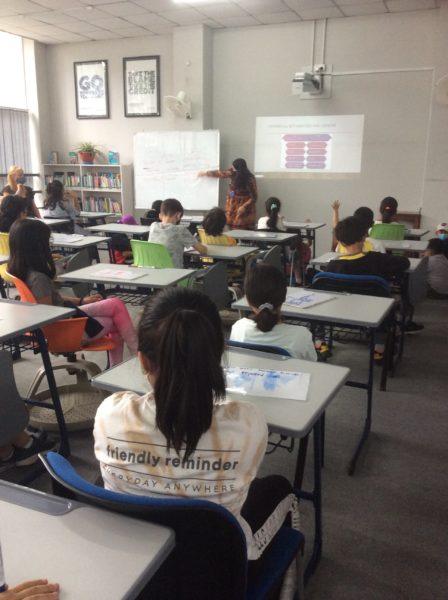 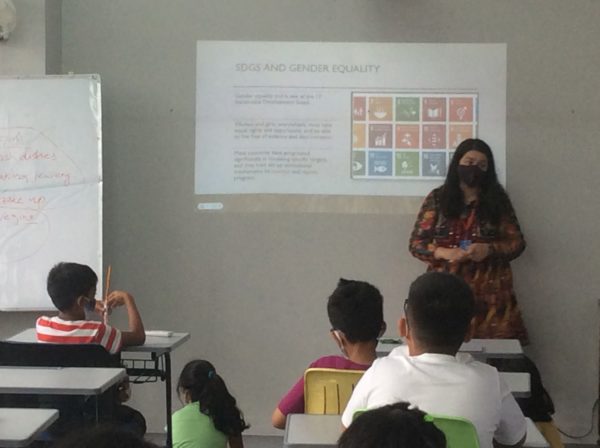 As we are coming to the end of the academic year, it has been clear to see that Year 7 has been thriving as they spend more time on campus. They have been able to have full social interaction with one another and it has been amazing to see them smiling as the reduction of masks has been introduced in the last few weeks. Their work ethic has been absolutely amazing throughout the year and it has been incredible witnessing the level of work they have been producing. Each and every student should be proud of what they have accomplished this year and the resilience they have shown in such an ever changing situation.

Year 7 Chinese has just finished their speaking assessment which has been a poster presentation on their ideal meals. There has been some excellent work from Year 7 Chinese as they are very dedicated to producing  high quality work. In addition to this, they have also been working very hard towards their written exam preparation. For example, the students have had many different rounds of competition, including Pinyin 1-1 Tapping Battle and Chinese Pictionary on the topic of Food & Drinks. Here are some of the examples from their poster presentation: 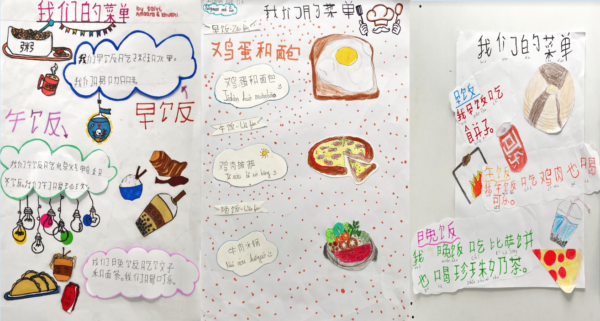 A large majority of Year 7 students have recently taken part in the much coveted Shakespeare Festival that the school has run. This was the first time that a live audience was allowed to come and watch in over two years! The Year 7’s ran two performances with different casts that enabled each performance to be unique as each character was made their own. Both of the performances were spectacular and it was clear to see that the audience loved the theatre they had just watched. 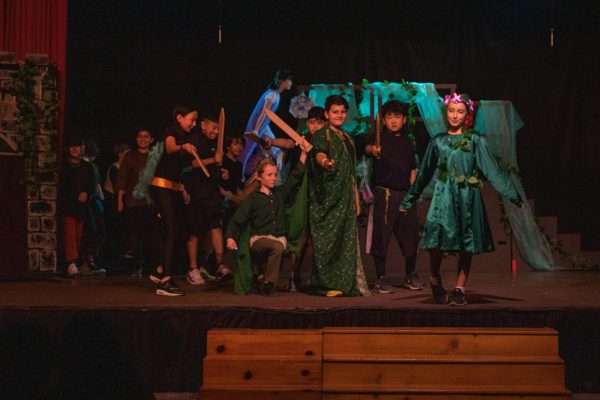 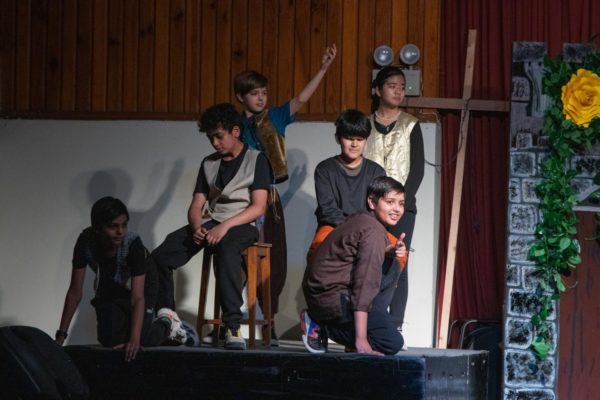 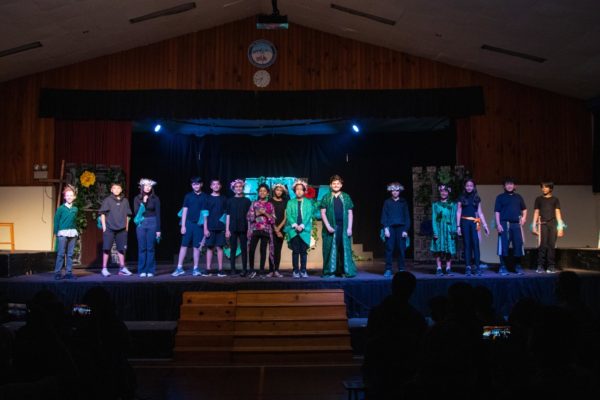 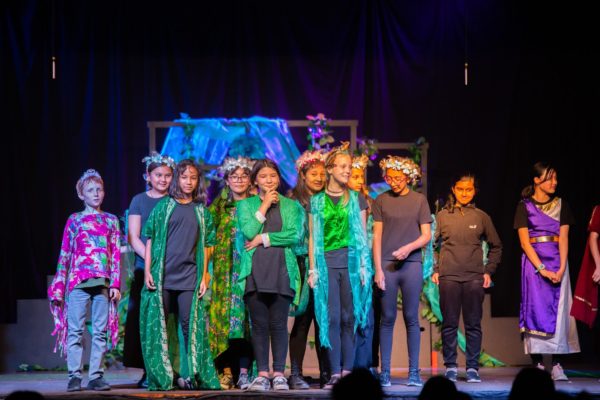 Recently, every student in Year 7 had the opportunity to go on an overnight stay to Hattiban. Expeditions is something that the school has really missed and it gives the students opportunity to try and develop new skills, see their peers and teachers in a different scenario and get to spend valuable time with their friends. The students incurred some difficult scenarios but took everything in their stride and always had a smile on their face. 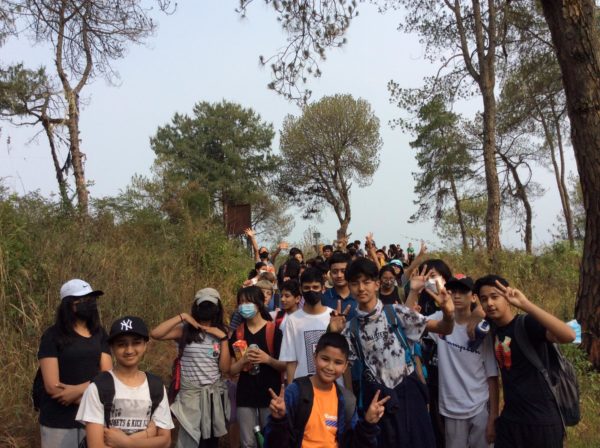 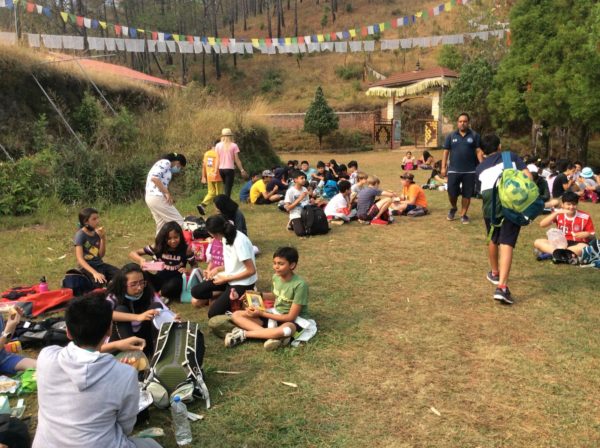 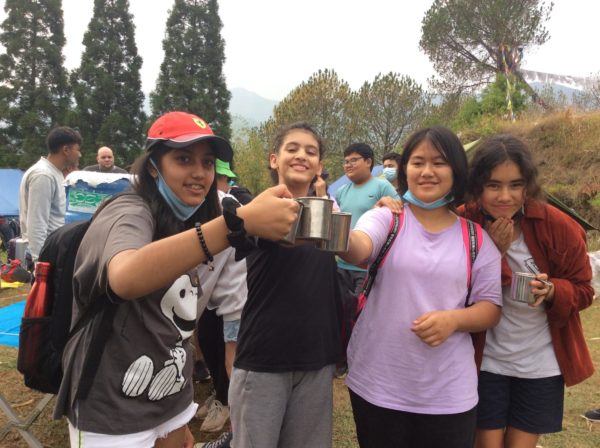 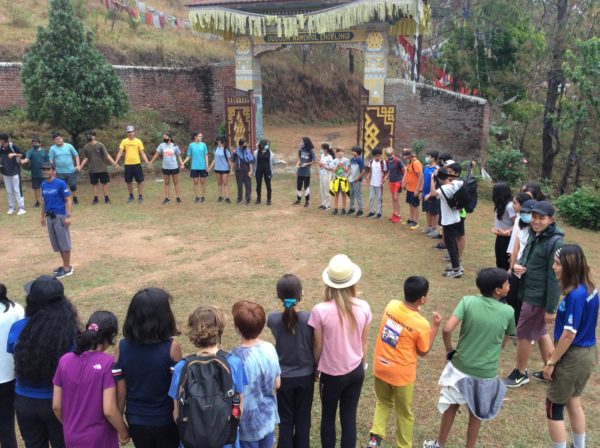 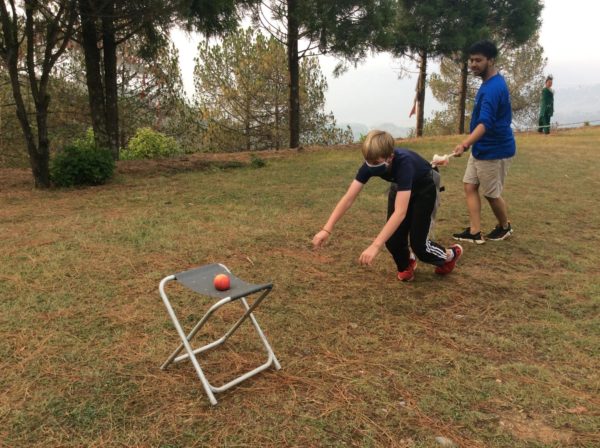 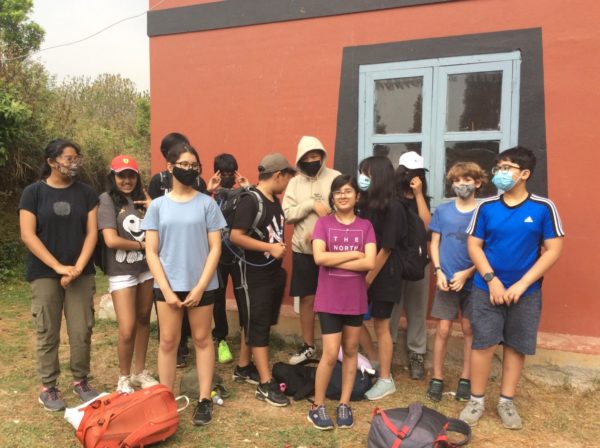 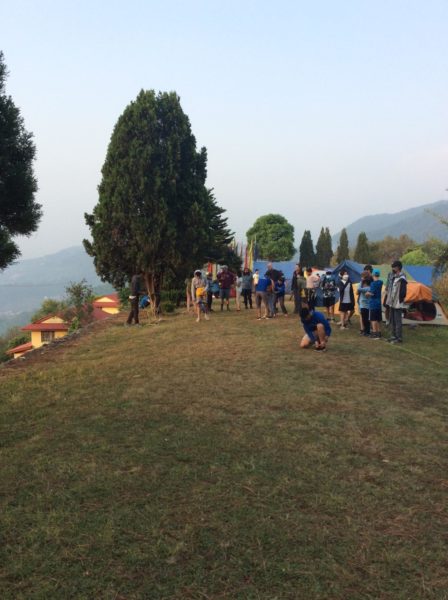 In PAWs, Year 7 have started Performing Arts Workshops this term after their success with the Shakespeare Festival. Here you can see Mr Sabin’s String workshop and Mr Krishna’s Piano workshop.’ 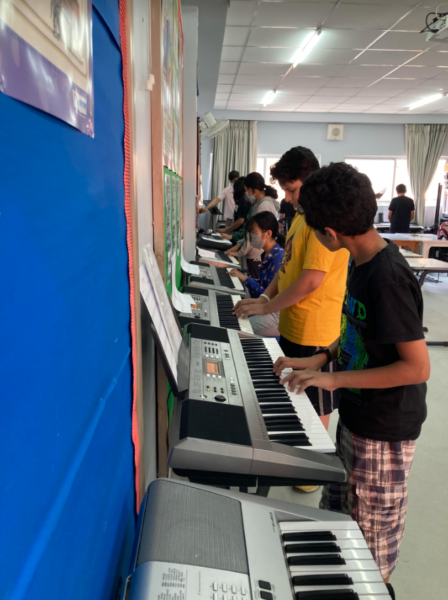 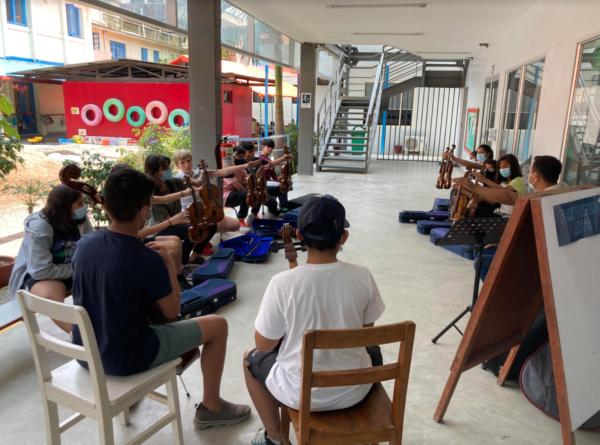 Well done to all of the Year 7’s on such a fantastic last few months. Some of the things you have accomplished have been amazing and you should all be extremely proud!

Hello, we are the Eco-Warriors. We are here to inform you about the school’s electricity generation and consumption.

We’ll be back later to tell you about the electricity consumption and production for April. 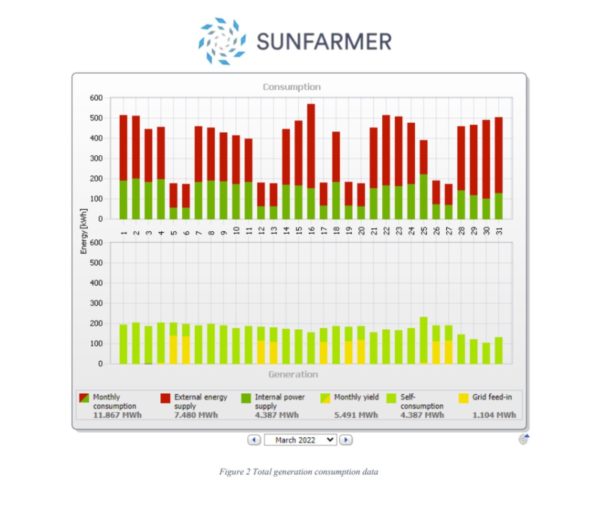 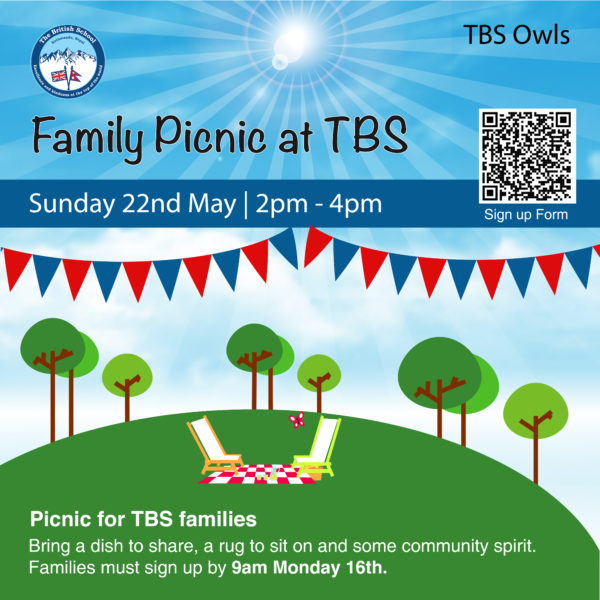 PA to the Principal

PA to the Vice Principal

Post your message/query here. We will get back to you shortly.